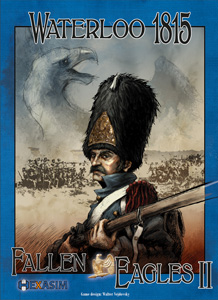 Fallen Eagles - Waterloo 1815, long out of print, comes back in a new edition. While continuing to offer a playable one-day simulation of the famous battle, Fallen Eagles II benefits from the improvements made in the development of the French Eagles series. The game incorporates the latest version of the rules, available online.

The map has been completely revised. The representation of the terrain is more accurate thanks to the topographical study of the battlefield carried out by Rick Barber. Sébastien Brunel then redrew it to be consistent with the graphic charter of Ligny and Quatre Bras. And the hex numbers have disappeared...

The modifications also concern the counters. As in the most recent games in the series, elite units have been split into 2 counters to increase their resilience, while low quality units have been grouped together, simulating their poorer performance on the battlefield. 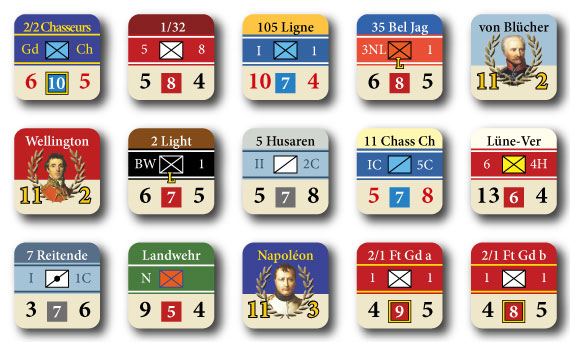 Each scenario (Hougoumont, d'Erlon attack, Plancenoit) has its own map to improve playability, without the need to delimit the game area on the large map