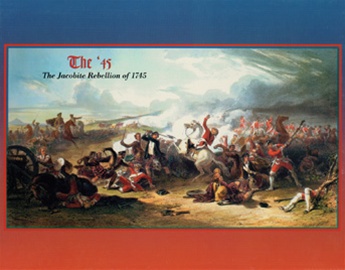 Scotland's "Bonnie Prince Charlie" sought to take the throne of England for the deposed House of Stuart.

This game simulates the rebellion, and allows six different turning points to be re-considered. These each act as scenarios or the game can be played as a campaign.

Map of England is broken into boxes representing regions