Home > Wargames > Clash of Arms > Struggle for Europe: The Mediterranean

Struggle for Europe: The Mediterranean 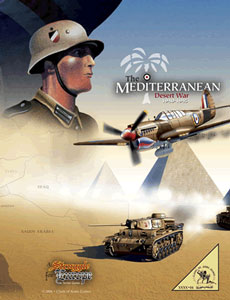 The third and final game in the system, Struggle for Europe - The Mediterranean highlights the Desert War using divisions, brigades, and supply units. Five scenarios span the entire war, including the long awaited campaign scenario that unifies all three modules and covers the entire war from 1939-1945. Several new strategic rules and options are introduced which allow players to make decisions at the national strategic level as well as military theater command.

Please note: This is not a stand-alone game. It requires the ownership of "Brute Force" in order to be played