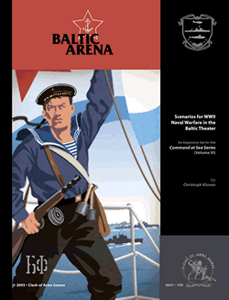 ambushes, night surface actions, and air and surface combinations. Each

scenario has its own detailed map. There are 11 supporting articles covering

etc. Additionally, there is a new updated version of the Mine Warfare rules.