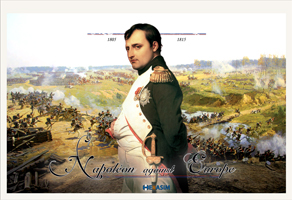 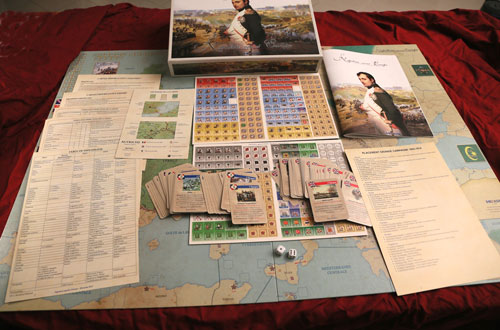 Threatened by the coronation of the Emperor and the deployment of the Grande Armée facing its coasts, Britain was quick to respond with its traditional methods: a hegemonic fleet and allies on the Continent assisted by her gold! Napoléon has no choice; if he wishes to keep his throne, he must smash this new coalition...and many more!

“Napoleon against Europe” follows the epic of Napoléon in his attempt to cement his dynasty and retain the conquests of the Revolution via the medium of playing cards that follow the great events and personalities if this exciting period.

The player takes in hand the destinies of the Emperor and his enemy, indefatigable Albion and its successive coalitions. The French player has no choice other than imposing his will on the entire Europe so as to isolate Britain by a tight blockade forcing the continental powers to recognise French hegemony: the decision must be made between the wild Iberian Peninsula and the steppes of Russia.

Each side has its own deck of cards divided into two periods: Epic and the Punishments.

Each player controls naval fleets and land troops presented at the level of army corps, other units are those of great renown from this period such as the Imperial Guard Cavalry, the King’s German Legion etc... The quality of the generals of each side plays an essential role in operations.

In six rounds of play a year, the players must not only have a long term view of their objectives but must also demonstrate operational skill in the course of the campaigns: the importance of lines of communication will be fundamental to bringing their armies to the decisive battle! The game system takes account of forced marches, attrition, evasion, counter-marches and interceptions…

In an immense theatre of operations, each side will attempt to seize the initiative and each year equip forces allowing it to continue the struggle and to redeploy them with foresight before engaging in the operations phase: unhappy the player who fails to take into account the communication distances. 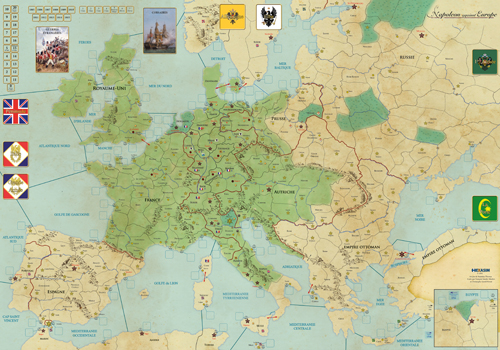 Against the operational excellence of the French, the Coalition must respond with a strategic long-term vision that will permit him to exhaust his foe.

Now, it is up to you to decided if l'Aiglon will be Napoléon II or the Duc de Reichstadt !