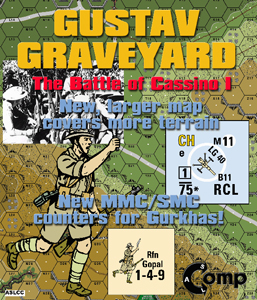 Snakeshead Ridge, Near CASSINO, ITALY, 18 February 1944: Two attempts by the 4th Indian Division to take Point 593 had failed. Capture of the point was critical to support the attack directed against the Monastery. During the dark hours of the morning of the 18th the 4/6th Rajputana Rifles, 1st Royal Sussex, and a Co. of the 1/9th Gurkha jumped off in yet another attempt to capture Point 593 and Point 569. Despite heroic efforts by the platoon leaders of the various companies, the Germans held out resolutely on Point 569 and could not be pushed back off the reverse slopes of Point 593. As dawn approached, the German counter attacks began and gradually built in intensity. Due to the nature of the terrain, the issue would be decided with hand grenades. The Germans hurled counterattack after counterattack at the Indian lodgement on the forward slopes of Point 593. As the day wore on the 4th Indian Division. casualties mounted. The assault companies that nearly had carried the position in the morning were only tattered remnants of their former selves. It was too much; orders were issued to fall back to friendly lines. The Germans reoccupied Point 593.

When "Carnage at Cassino" was being finalized during 1998 CH was in its folio phase and the map was created by an artist that has long since replaced. Also replaced since then were two American presidents, film-based output for the creation of game maps, among other facts of the times. For years we've heard a call for a new generation edition of CAC and now it's here ... replete with fully remastered map, color die-cut counters with original military art, new layout and more.

Included in the 'more' is the fact that the new maps is LARGER in area than its predecessor (as well as physically larger). Better to depict the battle and to tie-in with the upcoming Cassino Abbey map (see playtest prototype below), finally in hand and poised to complete the series.