The Sands of Iwo Jima 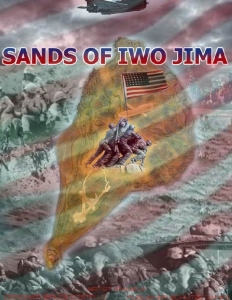 The Sands of Iwo Jima is a game about the most famous battle fought between the United States Marine Corps and the Imperial Forces of the Empire of Japan. Having fought their way across the Pacific during the past three bloody years, the Marine divisions stand poised to seize the first piece of historically Japanese territory in February 1945 - Iwo Jima (Sulfur Island).

Options are provided to allow the Marines to attack from West Beach instead of South Beach as well as bring in two reserve regiments. A set of guidelines has been included for the Japanese side to govern Solitaire play.