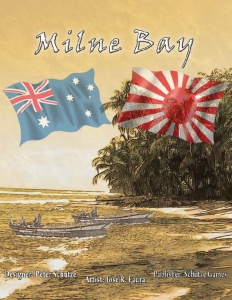 Australian troops had, at Milne Bay in New Guinea, inflicted on the Japanese their first undoubted defeat on land. Some of us may forget that of all the Allies it was the Australian soldiers who first broke the spell of the invincibility of the Japanese Army.  said Field Marshall Sir William Slim

Defeated at sea in the battle of the Coral Sea in May and then distracted by the US Marine Corps landings on Guadalcanal, the Japanese High Command was forced to change its plans for New Guinea. After diverting the previously allocated to gather a scratch force to capture the 'lightly defended' airfield on the eastern tip of New Guinea.

Unfortunately for Japanese plans, these months of delays allowed Australia finish assembling a brigade of Militia at Milne Bay during July and then rush a veteran AIF brigade there shortly before the Japanese landings commenced on August 25th, 1942.