Tracks in the Mud Occasion C 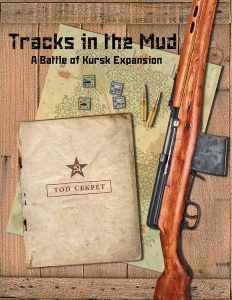 an attractive box to store it in