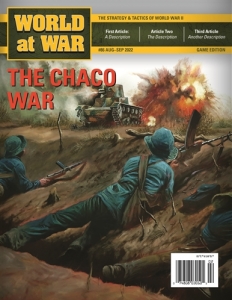 The Chaco War, 1932-1935. The Chaco War was fought out by two landlocked countries, Bolivia and Paraguay in South America. On paper, the Bolivians should win handily: they enjoyed a three to one superiority in manpower against the Paraguayans. However, to reach the front the Bolivians had to overcome long lines of communication, impossible terrain and low morale. The Paraguayans, on the other hand, saw the war as a life-or-death struggle. Thanks to their superior morale and leadership, the Paraguayans inflicted a series of defeats to the Bolivians and won most of the Chaco in the post-war peace settlement.