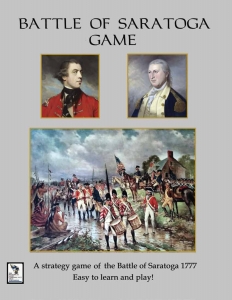 Fall 1777, General Burgoyne has set in motion his master plan to end the American Revolutionary War. All that stands in his way is a motley group of Americans under Genera/ Gates who has a running feud with the more competent General Arnold. A desperate fight is likely to center around Freeman’s Farm and the American fortified positions.