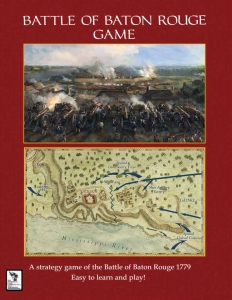 September 1779- Spain has entered the American Revolutionary War and has secretly planned a campaign to conquer West Florida front the British After quickly capturing Fort Bute and some other small posts, Bernardo de Calvez has arrived at Baton Rouge where the British have constructed a large redoubt. The Spanish army is large but contains untrained troops and many are sick from the heat. The Spanish need a glorious victory and think Calvez is their man. The British are prepared to vigorously defend the fort.