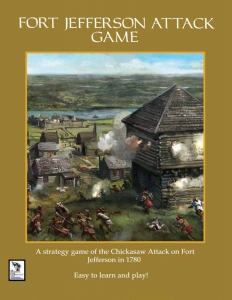 August 1780- The Americans under George Rogers Clark have conquered the British Illinois Country, They have decided to build a fort and establish a permanent settlement in Chickasaw territory.
The outraged Chickasaws plan to destroy the fort and besides being led by their great war captains such as Piominko, are aided by loyalist and British officers such as Jamies Colbert. The Americans aided by their Kaskaskia allies prepare for the attack and hope to drive the Chickasaws away.