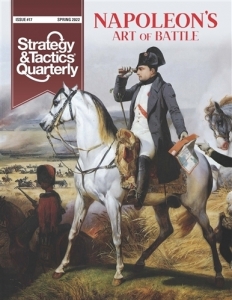 Napoleon’s Art of Battle: System or Genius? The rise of Napoleon Bonaparte to the French throne stemmed from a series of battlefield victories over the armies of every European dynasty. Those battles were sought by Napoleon after careful planning and maneuver to give him the edge on the contested field. This work examines the nature of that process, both in the weeks and days leading to the collision and the hours during which it was brought to fulfillment.