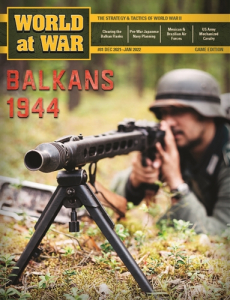 Balkans 1944. In late Summer 1944, the Soviets were poised to invade the Balkans after having inflicted a crushing blow to the Wehrmacht at Belarus. On 20 August, after a period of relative calm on the front, the Soviets opened up their offensive between the Black Sea and the Carpathians. Despite the German counterattacks and setbacks such as Debrecen, by Christmas Eve the Red Army was besieging Budapest, joined by the Yugoslav Partisans, and occupied Bulgaria and Romania.