Across the Bug River - Volodymyr-Volynskyi 1941 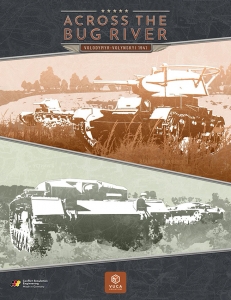 The goal for the German player is to break through the Soviet defence lines and open the main road to the East.

It uses the same core system as VUCA's earlier "Crossing the Line".

One mounted map board

382 large counters of which 181 are combat units