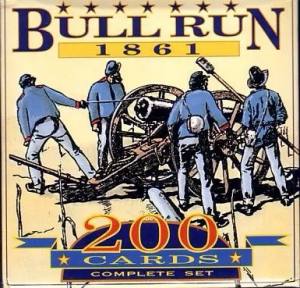 Dixie is an exciting card and dice game for two players. Each player commands a USA (North) or CSA (South) Army and seeks to win a battle from the American Civil War.

Replay the first major battle of the American Civil War. A battle that shattered any hope of a quick war; a battle that set the stage for America's bloodiest conflict...

The uniforms and the portraits of the generals are historically accurate, providing the civil war buff with a detailed, illustrated order of battle for Bull Run.