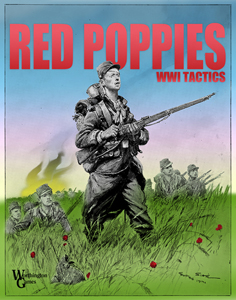 Red Poppies simulates regimental-sized engagements from WWI with company-level units in 10 minute turns on maps scaled at 200 yards per hex. The game strives to illustrate the sort of command and control trade-offs that typified WWI battles.

The units involved are companies and platoons, making this one of the few games to cover World War I small unit tactics. In addition, there are rules for tanks, barbed wire, artillery support, infiltration tactics, cavalry, and machine guns. Scenarios will include German, French, Belgian, and British forces, with battles spanning the entire conflict on the western front.