Home > Wargames > Clash of Arms > Wings of the Motherland 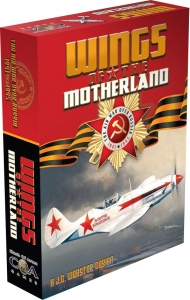