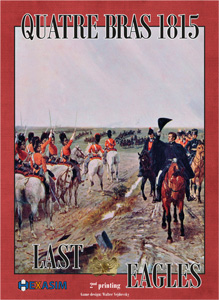 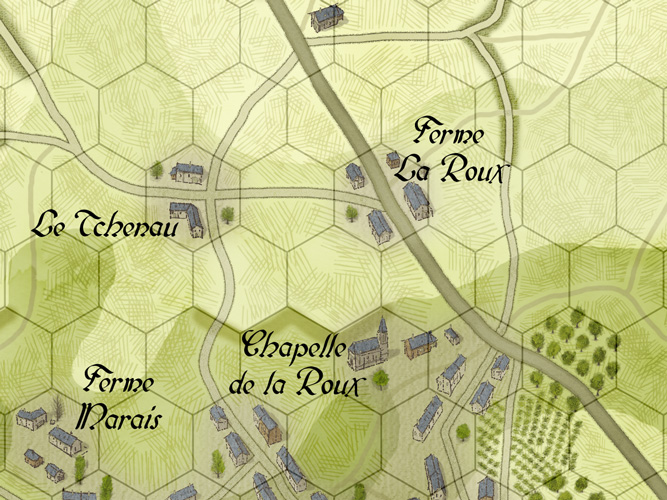 Rules have not evolved since Austerlitz, only including a few precisions.

The focus is on morale, attrition and commitment of formation (division & corps) at the right time, rather than tactical chrome. The detailed order of battle and the scale of the game allow players to really see the action and the game system provides a quick but realistic resolution. 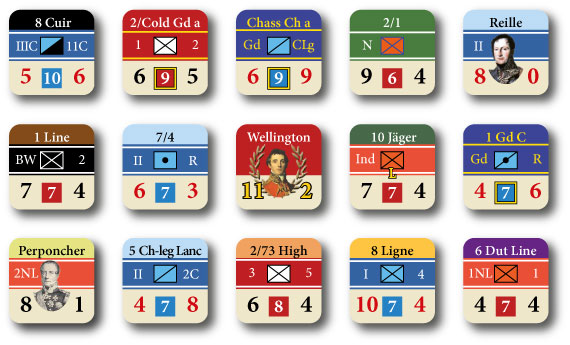 This system is a mix of well-known concepts and new features to maximize playability and realism of outcomes. Formation are given simple orders than limit their ability to freely react to any sudden change of priority. Orders take some time a while before being changed. Units are classically rated for size, quality and movement. Formations activate one after the other at player's choice but have to follow the order they received at the beginning of the turn or even before. Game features offensive fire, defensive fire, opportunity fire, charge and counter charge, retreat before combat and melee. A lot of classical "prohibitions" are transformed into options: for example, cavalry can move from ZOC to ZOC but risk counter charges or more opportunity fire. A ZOC of a strong unit is therefore not the same as the ZOC of a weaker one. 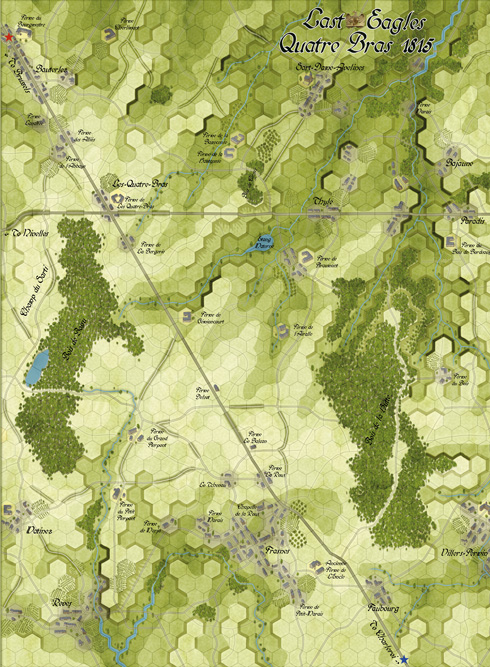 Last Eagles Quatre Bras 1815 et Last Eagles Ligny 1815 can combine to offer a unique gaming experience on this scale of June 16th that could have completely changed the Belgian campaign. Thus two to six players can compete in 3 campaigns.

This is the short campaign version starting in the early afternoon with the bulk of the French army deployed against Blucher. In this campaign scenario, all units are deployed or appear as reinforcements according to history. D’Erlon’s I corps will not take part in any battles.

Is that dust cloud D’Erlon’s column?

This variant of the previous campaign game includes variable reinforcements.

This is the ultimate June 16th, 1815 experience (and the main reason to have developed Ligny and Quatre-Bras in this format). This campaign starts at 9am with few troops deployed on the battlefield. Reinforcements from each side will gradually come into play throughout the day. The strategic situation is completely open. Now the French can decide to push in priority against Wellington, Blucher can counter attack the French right or implement a fighting withdrawal. Also, Wellington might be quicker to concentrate around Quatre-Bras. The fog of war here and the strategic experience is closest to the reality that the opposing commanders experienced at that time.