By Shot, Shock and Faith 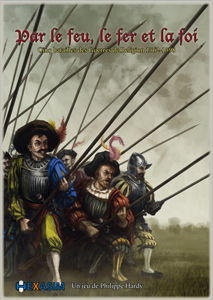 By Shot, Shock and Faith allows the simulation of religious wars that occurred in France from 1562 to 1598. This civil war opposes, in a first conflict phase, protestants- otherwise known as Huguenots- to catholics, then royalists to League members after the accession of Henri IV to the throne in 1589. 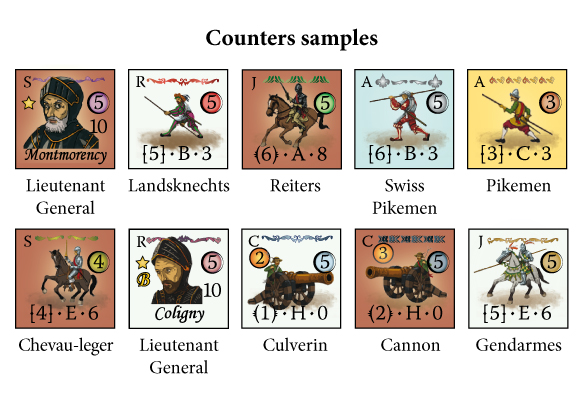 By Shot, Shock and Faith is a grand tactical game which, for the first time, allows the simulation of five battles of that era :

SAINT-DENIS (November 10th, 1567): the protestant army, led by the Prince of Condé, besieges Paris. The Catholics, led by the constable of Montmorency make a sortie, in order to loosen the grip. In spite of a fierce charge by the protestants, the catholics are victorious, however they are plunged into mourning by the loss of their leader....This loss inspires Montaigne to write the following sentence : « la beauté et la gloire de la mort de cettuy-cy, à la veüe de Paris et de son Roy, pour leur service... » (the beauty and the glory of his death, in the sight of Paris and of his King, for their service...) 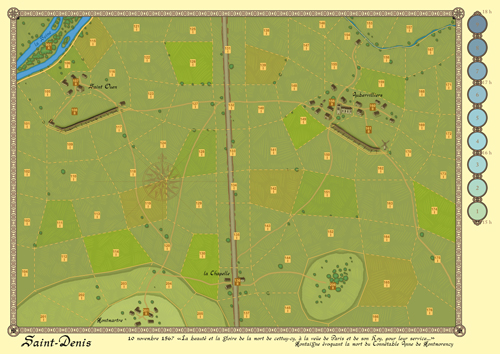 JARNAC (March 13th, 1569): the protestant rearguard led by the admiral of Coligny is threatened by the entire catholic army, that has passed the Charente river near Jarnac. The Huguenots, very inferior in number, lead a desperate fight. Condé, at the head of 300 gendarmes, throws himself into the battle in order to postpone the enemy's progress. At the height of the charge, he is thrown off his horse. Immobilized, he holds out his sword to a catholic gentleman as a sign of surrender. At that moment, Montesquiou, captain of the royal guard, intervenes, shouting « Tuez...Mordiou...Tuez ! » (Kill....Zounds....Kill!) and he fires his pistol at point-blank range, killing the Prince on the spot. 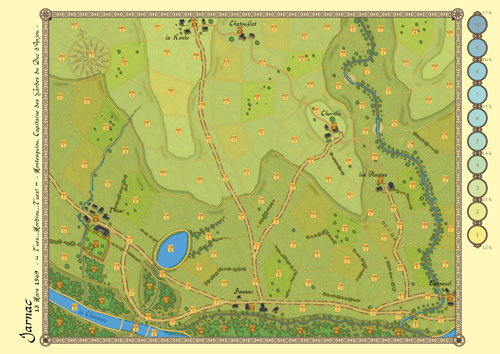 LA ROCHE L'ABEILLE (June 25th, 1569): Coligny stops on the road leading to Perigueux. As he learns that the King is stationned nearby, in a humble village of Limousin, he then decides to attack, prefering « ...prevenir plutôt que d'être prévenu » * (forewarn rather than be forewarned). The catholics are surprised at first but they react rapidly, particularly with the arrival of the Italian mercenary cavalry and Strozzi's harquebusiers. The fight is on the rise until rain occurs, preventing any use of arquebus, thus ending the battle. * François de la Noüe 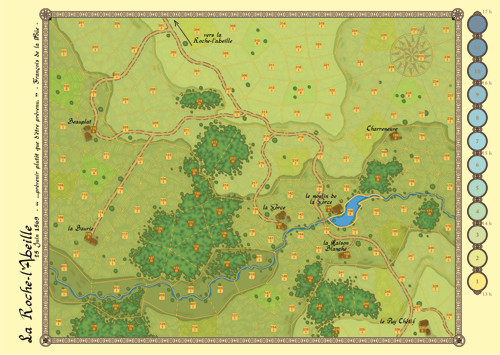 COUTRAS (October 20th, 1587): the protestant army crosses river Dronne at Coutras when Henri of Navarre hears of the pending arrival of the enemy army. Fearing an attack while his army is split in two by the river, Navarre decides to face the catholics, headed by the Duke Anne of Joyeuse. The Huguenots deploy their Harquebusiers in a defensive position around the village so as to be able to receive the enemy charge. The latter is stopped short and their chief is killed. During the Huguenot counter-attack, Henri of Navarre calls out to the enemy : « Rends-toi, Philistin ! » ( Surrender, Philistine ! ) in order to stop the massacre. 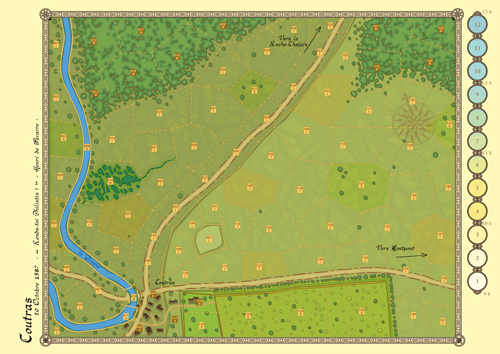 ARQUES (September 21st, 1589): Henri IV is waiting , near Dieppe, for some reinforcement and money from England. The League members, led by the Duke of Mayenne, wish to stop this landing, and they attack the royal troups embanked at the junction of two valleys. The assault breaks up on strong defences and the Royalists counter-attack. Lacking any solution to break through the defences, the League members retreat and the King is victorious. The latter will express his joy to his comrade in arms, absent on that day : « Brave Crillon, pendés-vous de n'avoir été icy près de moy... » (Brave Crillon, hang yourself for not having been here by my side...) 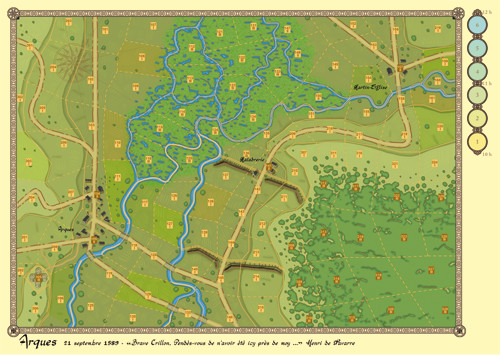 This is a classic game system ; « I go, You go », of average complexity, including, during the active player's phase, a sequence of reaction from the passive player, such as fire, counter-charge or tactical backstep. The maps are whith areas from 300 to 500 m by side. A color code allows to easily determine the costs of movements and the line of sight. The scale of the game is one unit for 100 to 500 soldiers or one or two guns. One game turn represents a duration of 20 to 30 minutes. A corps represents either a vanguard or a rearguard, or the main body called battle.