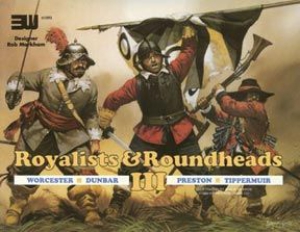 Four battles are represented in a single box: Worcester, Dunbar, Preston and Tippermuir.

Two different sets of rules are included. The advanced rules feature a new sequence of play, split command and a new melee system and can be used with previous games of the series.

Each battle can be played in between 30 and 180 minutes.