From Lützen to Leipzig 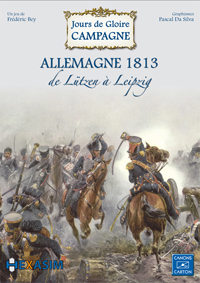 After the disaster of the Russian campaign, the debris of the Grande Armée had abandoned Berlin and retired behind the left bank of the Elbe. Napoléon was able to reconstitute an army of 300,000 men by summoning to the colors those young soldiers who soon came to be called by the name « Marie-Louise ». Europe formed a coalition against France: Prussia and Russia wanted to crush Napoléon permanently. Despite his victories during the spring and summer, Austria soon joined the side of the Empire’s enemies. Gigantic maneuvers and great battles followed one after the other within the triangle formed by Berlin, Leipzig and Dresden. Whereas his victories were no longer decisive, Napoléon knew now that a single defeat could pull down his Empire ! 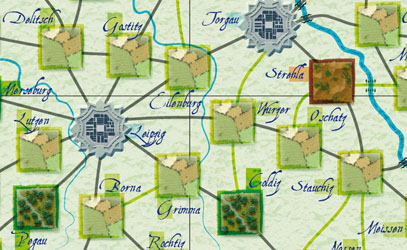 Allemagne 1813 : de Lützen à Leipzig is a new game in the Jours de Gloire Campagne series (Vae Victis n°41, n°47 and n°52), whose rules have been given a fresh revision for this occasion.
The series is designed to simulate the great Napoleonic campaigns, at the operational level and at that of the Army Corps. 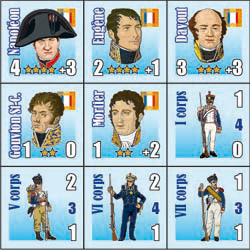 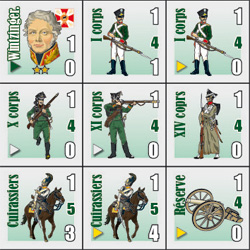 One of the aims of Jours de Gloire Campagne was to devise a playable system to simulate the uncertainty of army commanders as to the positions and the intentions of the enemy, this is achieved by units, leaders and dummies being deployed face-down.

This game features 5 scenarios, focusing on the Germany campaigns of 1813 :

There are also specific and optional rules or "what-if ?" situations for each scenario. 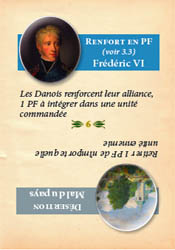 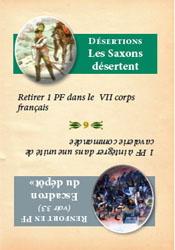