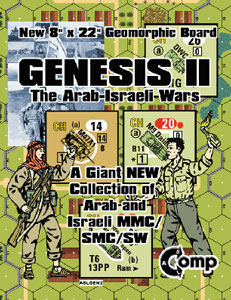 KIBBUTZ DEGANIA A, ISRAEL, 20 May 1948: Having just captured the police fortress at Samakh two days earlier, Colonel Abdel Wahab Bey al-Hakim redeployed his forces to assault the kibbutzim on the southern edge of Lake Tiberias. His goals were to capture the bridge over the Jordan river just north of Degania A and clear a path to link up with other Arab forces on their drive on Haifa. However, the Jews were putting up stiffer resistance than he expected. Still, he had tanks on his side. As the Syrian AFVs advanced to the perimeter of Israel’s oldest kibbutz, and home of Major Moshe Dayan, the Israeli Commander of Lower Galilee, the leading tank was hit with multiple Molotov Cocktails. Other tanks and armored cars were now under assault as a PIAT team joined the fray. The infantry was too far behind to assist the armor effectively and the attack was repulsed with heavy Syrian losses. Wahab then turned his force south toward Degania B but was again turned back. Shortly thereafter, the Israelis brought up their first artillery pieces of the war, two old French 65mm field guns, and began shelling the Syrian positions in the valley. This forced Wahab to withdraw to safer ground. A burned out hulk of an R35 from that day still remains where it was lost at Degania A as a tribute to the defenders.

GENESIS '48 2nd Edition is a new generation ASLComp module that literally re-starts everything with YOUR hand on the wheel. In charge, your voice heard loud and clear. You've made it known that you like those BFP/HoB watermark style counters so we're taking aim to make the best variant counter along those lines, ones we'll be proud to have the "CH" emblazoned on. And what that means is the best overhead vehicle and gun views, professionally drawn soldier art second to none. And a data presentation you can understand easily.

The ground-breaking GENESIS '48 module sold out a decade ago, and has been awaiting a new edition for years. Additionally, the follow-on game, bringing in 1967 and 1973 actions has been waiting patiently for delivery to your gaming tables. Bringing together these two elements has resulted in an all new GENESIS '48 2nd Edition complete with counters and scenarios for 1948 and 1956, with the first taste of 1967 and 1973 actions. The Israelis get a new nationality color and a plethora of new counters are provided for Arab and Israeli armies. What's more, the soldier art is also new, none of that which was used in the first edition is carried over.

"G48 provides an incredible wealth of detail on AFVs and guns in the conflict, fully as interesting as anything in Chapter H..."

The above quote is nice,and accurate. That said, GENESIS '48 2nd Edition aims to polish every rough edge of its predecessor, while adding value in the form of new counters and situations. Rules such as the "Molotov Tank Hunting Hero" and others have been streamlined. Squad types have been reduced appropriately and redundancy in rules addressing their use edited down. Scenarios continue to use mostly non-desert, daytime situations and are moderate to small in size and play on geomorphic boards. An all new Kibbutz geo board is provided and a separate JERUSALEM '48 historical map-based module is coming with a fully remastered map that utilizes larger hexes than its predecessor. Thus, GENESIS '48 2nd Edition is a 100% geomorphic board product with 16 exciting scenarios and a LARGE COLLECTION of 1000+ of new counters!

In keeping with the CH approach used in the Berlin and Omaha releases successfully, all you'll need to own is your ASLRB and a collection of marker counters. EVERYTHING YOU NEED in terms of color, die-cut counters is provided in GENESIS '48 2nd Edition! Punch it out and play, no more hunting through tray after tray of old counters to get into the action.

> A set of 22 scenarios set on geo boards