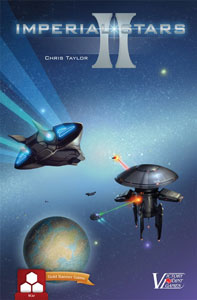 The survivors of the Northern Union fleet accelerated towards the edge of the system. Left behind were the slowly expanding spheres of debris that had been escorts and capital ships. The Marasian Empire had defended their newly colonized system with two light carriers and a couple of cruisers, one heavy and one light...far too few units to stop the Northerns as it turned out. A Northern destroyer was sliced in half, and a heavy cruiser damaged heavily enough that it was left behind for repairs. But that was a small cost to pay for control of the planetary system and all of its resources.

The Marasian ships were derelict hulks at best.

A Northern industrial platform was already converting itself into a colony. Soon there would be a base station to dominate the system. Reinforcements were already inbound. The Northern fleet would not give up its newly conquered territory without a fight.

In the far, far future, two empires, remnants of the long lost Terran Homeworld, are brought into conflict over dwindling resources and the last few uncolonized planets in their sector. In the distant past, these two empires were allies against the Titans (see Astra Titanus) and Xeno incursions (see Forlorn: Hope), but with their frontiers colliding and diplomacy failing, it is time for admirals, captains, and crews to carry the fate of empires to the stars and find their destiny.

Veteran game designer Chris Taylor has done it again, putting a "Big 4X Game" experience into a small, cleverly-designed package of space exploration and conquest for two players. With multiple maps hosting the asymmetrical forces of the opposing empires, players will discover that there are many paths to dominating their corner of space!