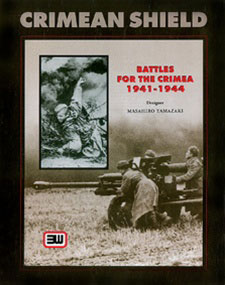 The central concept of this design is that of command and supply points. They represent the operational capability of a unit based on its command and supply status. When a unit suffers losses, it take them from its current CS point total or retreats. If it currently has no CS points, and either can't retreat or doesn't wish to do so, it suffers step losses instead.

Eight scenarios are included: Into the Crimea; The Stalin Offensive; Struggle for the Crimea; Operation Bustard Hunt; Operation Sturgeon Catch; Fall of Sevastopol; Crimean Shield; and The Sacred Stone.