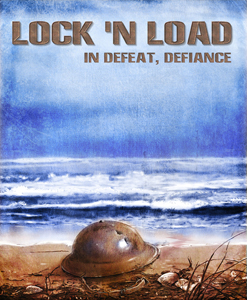 The 170 counters include Vickers, Cruiser, and Matilda tanks, Bren carriers, 2pdr and 25mm Anti-tank guns, 51mm mortars, Leaders, heroes, snipers, Squads, Bren guns, Boys Anti-tank rifles, and much more. The fourteen scenarios, all designed by Dale Holmstrom (The Swift and the Bold) and Mark Walker, cover everything from British and SS fighting near Arras to Rommel crossing the Brasse Canal.

This is not a stand-alone game. You must own Heroes of the Blitzkrieg to play In Defeat, Defiance.