Against the Odds 2010 Annual: Four Roads to Moscow 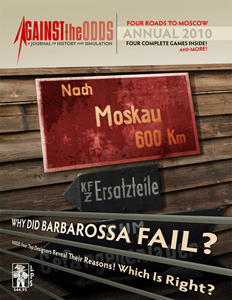