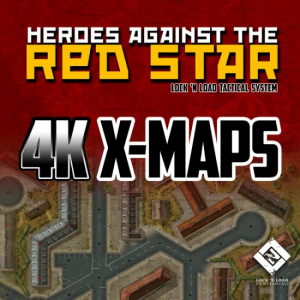 4K X-Maps also adds some new custom map terrain and buildings giving each map its own style. You will, of course, receive all the original maps that are included in the game and some additional maps all in this new style. Some of the scenarios require you to pretend certain terrain or features of the map are not there or are to be exchanged with other types of terrain. A scenario might say "All fields are to be considered Clear terrain etc." For those scenarios, we have made new maps that already have the terrain changed. We also have a list of the scenarios that state which map to substitute, allowing the player to be more immersed in the game. These maps are NOT needed to play your games but are an enhancement for them. The previous style X-Maps have or will be discontinued.