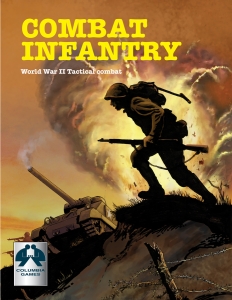 You command a German or American infantry battalion, composed of three infantry companies and a heavy weapons company. Expansion sets will include British, Soviet, Italian, and Japanese battalions.

Units are organized by battalion, company, and platoon and must maintain unit integrity.

No WWII squad level game can claim accuracy without depicting fog-of-war (keep your head down or die). The wood blocks in this game provide fog-of-war and step reduction with no muss or fuss.