War in the Pacific (boxed) 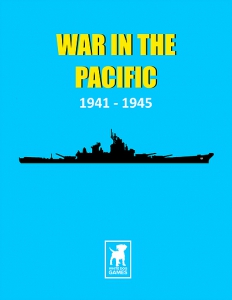 The game allows players to replay the conflict between the Empire of Japan and the Allies in the Pacific Theater of World War II. WIP is a campaign game on a grand strategic scale. Random event cards reflect the major political and technological changes and events which occurred during the War; depots are used to stress the crucial importance of logistics; and there is a mechanic that generally effects simultaneous movement (campaigning). The heart of WIP is the use of Resource Points which players spend to conduct their campaigns. The Japanese player starts with more RPs and is his challenge to use them effectively in the first months and years of the war before the immense resources of the Allies kick in and begin to be felt.

Game components include the following:

- One Extended Example of Play Booklet