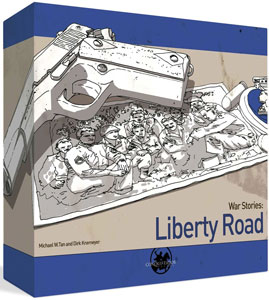 Liberty Road brings the Western Front to life - the Western Allies against Germany - in 1944. Covering the breakout after the beach landings, the Germans have much stronger vehicles but both sides have similar quality of troops and command. The Germans are weakened from their peak a year or two before, whereas the Western Allies have yet to reach the height of their powers.