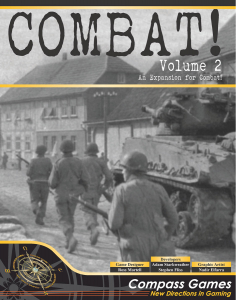 Combat! 2 is an add-on module for Combat! You must have Combat! to play this expansion.

Combat! 2: From D-Day to V-E Day Campaign Expansion adds many new features such as:

Combat! 2 will also include: